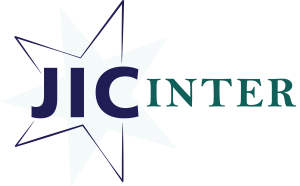 I was born in Mexico City, lived in New York and grew up in Monterrey, Mexico. Since a very young age, and because my Dad was an opera singer, I was exposed to many cultures, where for me to navigate across them, understanding, respecting and valuing them for their differences and contributions became natural. As I was growing up, I realized that traveling and getting to know even more cultures was something that I was attracted to. So, of course to make that happen I needed to become a Pilot.

My parents knew that in Mexico, unless you start very young and are very well connected in the Military, Private or Commercial aviation industry, your odds to succeed where slim to none. Because of this, my parents encouraged me to obtain another degree with my feet on the ground, and later I could do what I wanted.
I studied Chemical Engineering and Operations Research, and then also studied my aviation career, got my pilot´s license and became instructor and later Director of an aviation academy in Monterrey, México.

It was when I became instructor and Managing Director of the Aviation academy, that I realized that I also had a passion for Teaching, Facilitating, Coaching, Advising and Mentoring people. Because I could not become a commercial pilot, my dream of traveling and working across cultures was not going to happen. This was the defining moment when I decided to pursue my Corporate career of over 27 years.

All in all, between my careers in Aviation and in Global Diversified industrials in the areas of Operations, manufacturing and Human Capital, I was able to realize my passion of developing people working across multiple geographies and traveling to over 70 Countries and 38 states in the US. My Other passion, that came up as I was traveling and realizing the desperate need of many communities, was to give back leveraging the 3T’s of Time, Talent and Treasure. In 1997, I joined the board of Fondo Unido Noreste, which is a None for profit organization in the Northeast of Mexico, and since 2009 I am the Chairman of the Board of Directors.

In the end, the things I have passion for where not happening in my own terms, so after retiring from my Corp career, in 2019, I launched my Consulting, Coaching and Leadership Development business, where I get to serve my clients by “Helping them unlock their Potential and Capacity for Greatness through personal and business Transformation” and eventually started writing, speaking professionally, and teaching / facilitating leadership workshops. I’m passionate about helping others take control of their personal and professional lives and make an impact in the world leaving a legacy for the generations to come.

“Helping Organizations and Individuals unlock their Potential and Capacity for Greatness through Transformation.”